Fire up your athletic performance with Flex6. Flex6 can help overcome muscle aches and pains, particularly in older adults. It can be an effective agent to slow the loss of lean muscle mass, which can increase the occurrence of osteoporosis. Enjoy those workout and make those muscles happy with Flex6! 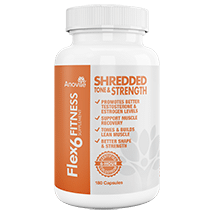 A powerful athletic formula based around Colostrum, and contains all 87 natural growth factors (including naturally occurring, non-synthetic IGF-1 and GH). It is one of the most powerful lean muscle-building, performance-enhancing supplements available on the market today.

What does Flex6 contain? A proprietary blend for the following constituents that have all been thoroughly studied, and proven to be some of the most effective natural substances for performance enhancement, lean muscle and strength gain.

Colostrum6 is first and foremost the purest, most intact, bioactive colostrum powder available on the market today. It is the basis upon which Flex6 has been formulated, and for a very good reason:

Colostrum6 is the world’s richest source of natural IGF-1, which in its natural form is highly desirable for every human being, from professional athletes to the everyday individual looking to improve muscle tone, and increase energy levels whether you are exercising or not.

*IGF-1 rich Colostrum6 has been shown in hundreds of studies to improve athletic performance. First Milking Colostrum6 contains not only nutrients such as proteins, carbohydrates, “good” fat, vitamins, and minerals but also bioactive components such as growth factors and anti microbial elements. Our Colostrum is a major source of IGF-1 which orchestrates the super-family of natural growth proteins and the balance of the 87 different growth factors found in the body that directly influence muscle cell proliferation and youthfulness. IGF-1 along with growth hormone helps repair our cellular DNA. Apart from this, IGF-1 also stimulates glucose transport in muscle for a more efficient use of available fuel which is extremely important when one is trying to gain lean muscle. Colostrum6 is a major source of IGF-1. The concentration of Natural IGF-1 in Colostrum6 found in Flex6 is approximately 2,000 micrograms per liter.

Among many reasons, the super concentrated IGF-1 Colostrum6 found in Flex6, is so important to athletes and anyone in general, after the age of 19, production of our own IGF-1 decreases. This is important because IGF-1 is the key signaling hormone that promotes muscle repair, growth, and tissue regeneration. IGF-1 is responsible for maintaining an optimal proportion of healthy lean muscle mass to adipose tissue (fat). It aids recovery and improves performance. Finding effective, safe methods of increasing levels of IGF-1 is considered to be critical to athletic performance and building and maintaining a high degree of musculature. This means lowering total overall fat percentages and increasing lean muscle mass. Colostrum6 is one of the very best methods for achieving this.

*In Short, increased levels of Natural IGF-1 allow your muscles to absorb more of the essential nutrients necessary for muscle growth, or to prevent muscle loss. This is important to know as Flex6 is comprised of a plethora of essential vitamins, minerals and other constituents that have been scientifically shown to naturally and safely enhance athletic performance.

Our Creatine Ethyl Ester is high quality creatine with an ester attached. Esters are organic compounds that are formed by esterification – (which is the the reaction of carboxylic acid and alcohols.)

Creatine monohydrate draws water to the cells, while the ingested creatine monohydrate is not absorbed into the cell. Rather, the unabsorbed creatine undesirably sits outside the cell with the water. This causes an increase in water mass within muscle tissues known as the “creatine bloat” or “creatine pump”, known by many people who have used creatine, especially before creatine ethyl ester was available.

The result of using a regular creatine monohydrate is moderate increases in strength, with large increases in bulk water weight (shape and size rather than the desired tone and firmness)

*Creatine Ethyl Ester
Creatine ethyl ester is creatine monohydrate with an ester attached. The attachment of an ester is significant, because esters are found in the fat tissue of animals. But, why is this important? Studies have shown the following:
Works faster and is more efficiently absorbed than monohydrate.

This is because the esterification of creatine ethyl ester will increase its lipophilic (Having an affinity for, tending to combine with, or capable of dissolving in lipids) abilities. Therefore esterified creatine will use fat more efficiently to permeate the cell wall and exert its effects on cellular function than its unesterified creatine monohydrate counterpart.

-Because of, it’s lipophilic properties; it requires a much smaller dosage than monohydrate. Therefore,because lipophilic esterfied creatine pulls nearly all of the water into the muscle cell, thereby creating a harder, more solid appearance of muscularity helping the user to avoid the aforementioned “creatine bloat”.

These powerful flavones have been shown to increase protein synthesis, and improve overall recovery from exercise.

*7-Iso:
Most importantly, apart from its anabolic effects, 7-ISO has been shown increase protein synthesis and enhance nitrogen retention.

-Protein synthesis and nitrogen retention: The synthesis of muscle protein is essential to the body’s ongoing growth, repair, and maintenance of its skeletal muscle groups. The other types of human muscle tissue, cardiac muscle and the smooth muscles that are part of internal organ structure are constituted through different cellular processes. In short, if you can increase protein synthesis and nitrogen retention, you will recover quicker, and gain more muscle long term.

ZMA:
ZMA is an all natural anabolic mineral formula that was specifically created for athletic use. It contains Zinc Monomethionine Aspartate plus Magnesium Aspartate as well as vitamin B-6. Clinical tests have shown significant increases anabolic hormone levels and muscle strength in athletes.

The following study results were found by Lorrie Brilla, PhD:

“Lorrie Brilla, PhD, a sports performance researcher at Western Washington University, recently reported that ZMA significantly increase free testosterone levels and muscle strength in NCAA football players. These ZMA study results were presented by Dr. Brilla on June 2, 1999, at the 46th Annual Meeting of the American College of Sports Medicine in Seattle, WA, and were published in the official ACSM journal, Medicine and Science in Sports and Exercise, Vol. 31, No. 5, May 1999.

Specifically, Brilla reported that “a group of competitive NCAA football players who took ZMA nightly during an eight-week spring training program had 2.5 times greater muscle strength gains than a placebo group. (250% better results!) Pre and post leg strength measurements were made using a Biodex isokinetic dynamometer.” The strength of the ZMA group increased by 11.6% compared to only a 4.6% increase in the placebo group.

Brilla further explained, “The muscle strength increases may have been mediated by the anabolic hormone increases in the ZMA group. The ZMA group had 30% increases in free and total testosterone levels compared to 10 percent decreases in the placebo group… The ZMA group also had a slight increase in insulin-like growth factor-1 (IGF-1) levels compared to a 20 percent decrease in the placebo group. This study shows that anabolic hormone and muscle strength increases can be induced in already strength-trained athletes by using a novel zinc-magnesium preparation.”

There have been many other studies to support these findings, so it is of no surprise that athletes bodybuilders, and active individuals all over the globe are seeing better gains and increased endurance than ever before. ZMA has the scientific research and real-world anecdotal evidence to launch it to back itself up.

With the constituents found within, it’s no wonder that more and more bodybuilders, cross-fit and endurance athletes, not to mention 50+ people both men and women, are turning to Flex6 as a safe, natural way to build lean muscle mass, improve strength, enhance endurance and recovery time. Athletes recognize that having a lean body with minimum body fat is a major factor in maximizing their … This message has been truncated as it was above 10000 characters.