Oxygen is so vital to our existence. Oxygen deficiency in our cells is considered by many medical experts to be the root cause of many degenerative diseases that attack and destroy our immune system. A constant and adequate supply of oxygen promotes a healthy immune system. Unfortunately, our modern lifestyles and environmental pollution are depleting the levels of oxygen in the air. Scientists have determined that the oxygen content in our atmosphere is being reduced by about 0.8% every 15 years. OxyQuest helps to increase the oxygen content in our bloodstream, thus helping us to stay healthy. You will be amazed by the benefits produced by these little drops of OxyQuest! So, start giving your cells the “breath of life”. 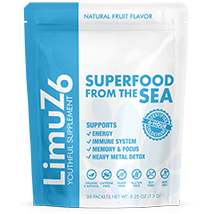 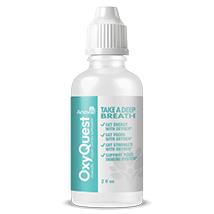 OxyQuest is a revolutionary breakthrough in oxygen supplements. It is a highly effective product containing oxygen stabilized in a highly concentrated form. It contains beneficial negatively charged electrolytes of oxygen in a non-toxic formulation.

OxyQuest stabilizes the oxygen compound in a sodium chloride or salt solution. The amount of sodium chloride is negligible and should not pose any risk to people on low-sodium diets. The genius of the formula lies in using two of the most abundant and important electrolytes in body fluids -sodium and chloride – to act as oxygen carriers. The molecular oxygen is released through the digestive process and absorbed into the bloodstream.

OxyQuest has been used by hundreds of thousands of people for over 30 years with no contra-indication or side effects. It is the answer to oxygen starvation and is specially developed for people leading today’s sedentary lifestyles and with a depletion of the oxygen content in the air.

OxyQuest is alkaline in nature as it contains only negatively charged electrolytes of oxygen. This makes it different from any other oxygen product on the market. Every element in nature has both positive and negative charged ions. It is well known in science that ion depletion causes a wide range of health problems, both mental and physical.

A high proportion of negative ions around us will make us feel lively, fit and enthusiastic. On the other hand, too many positive ions can result in negative health consequences. It is the negative ions (alkaline) that are beneficial to both the body and brain.

The oxygen that we breathe contains both positive and negative molecules. The negative or alkaline molecules are the beneficial portions of oxygen. The positive or acidic molecules are of little value and create free radical activity within the body. Like the negative ions around us, it is the negatively charged molecules of OxyQuest that produce tremendous results.

Benefits of OxyQuest
Research has shown that taking OxyQuest will benefit users in the following ways:

INCREASED ENERGY LEVEL
One of the distinct differences between an athlete’s body and that of a person who seldom exercises is the amount of oxygen in the blood. When OxyQuest is ingested; it helps in the oxidative process and enhances the utilization of nutrients, thereby providing more energy. When the energy level rises, mental alertness and concentration also improve.

INCREASED RESPIRATORY EFFICIENCY
Anyone who has experienced breathlessness associated with asthma, emphysema or sinus disorders knows the importance of oxygen to the body. People with weak lungs can improve their condition through bypassing their often constricted bronchial passages and fortifying the body directly with OxyQuest.

STRENGTHENS IMMUNE SYSTEM
Oxygen has been shown to support the immune system.

IMPROVES BLOOD CIRCULATION
Once OxyQuest is ingested; the oxygen will be absorbed into the blood, improving circulation. This is especially beneficial to those who spend long hours in air-conditioned offices and who suffer from cold hands and feet.

ELIMINATES TOXINS
OxyQuest aids in removing cellular waste from the body. By limiting free radical activity that damages body cells, it enhances the complexion and slows down the aging process.

Effectiveness of OxyQuest
No side effects—It has been proven safe. OxyQuest has been used for over 30 years.

Fast Action—Almost instant results can be seen after taking OxyQuest, particularly for those suffering from anemia, dizziness or respiratory problems.

Promotes radiant Health—It is beneficial to the heart, resulting in a strong pulse, rosy skin and better blood circulation.

Other Uses
PURIFICATION OF WATER
Adding OxyQuest to untreated water will remove chlorine and kill bacteria and organisms. It is especially useful while traveling to purify drinking water.

WASHING FRUIT & VEGETABLES
OxyQuest can be used to wash fresh fruit and vegetables to eliminate harmful organisms and keep them fresh longer.

Everyone will benefit from taking or using OxyQuest, however, the following groups of people will stand to gain more with noticeable results immediately.

PEOPLE WITH RESPIRATORY PROBLEMS
Those who have experienced the trauma of loss of breath associated with asthma, emphysema, sinus disorders or any respiratory problems can achieve instant results by taking OxyQuest as it can be used to fortify the blood directly.

PEOPLE WHO NEED MENTAL ALERTNESS
People who travel frequently in air conditioned vehicles and those who are studying or working in air-conditioned rooms need more oxygen. As the brain cells are the first to be adversely affected if there is a lack of oxygen, taking OxyQuest helps maintain concentration and alertness.

PEOPLE WHO NEED MORE ENERGY
Anyone who feels tired, lethargic or has poor vitality will receive remarkable results if OxyQuest is ingested.

PEOPLE WITH INFECTIONS
OxyQuest has proven to be able to kill all forms of anaerobic bacteria and is therefore an effective tool for any infection.